In order to explain why he broke the rules surrounding the Covid -19 lockdown, the Prime Minister’s chief adviser Dominic Cummings also broke the rules for Special Advisers by holding a press conference. Not for him some dusty corridor in Whitehall, only the Rose Garden at No.10 was good enough. This area is usually reserved for important announcements such as when Nick Clegg threw out his principles against raising student fees to become the lapdog of David Cameron. Yet here we have a self-confessed rule breaker trying to weasel his way out of his self-inflicted troubles! 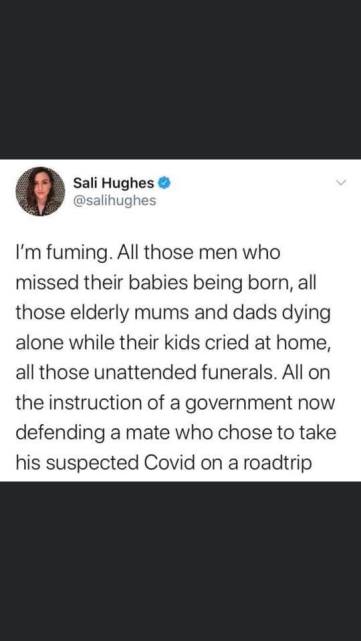 The whole charade was a shambles, Cummings showing his disdain for the press and public by turning up late (was the traffic bad from Durham that day?) and then put on such a false act of playing the victim, muttering through a pre-prepared script and flinging in a few uhmms to make it sound as if he wasn’t the guy running round Westminster flinging abuse at Ministers and MPs. It fooled no one. Especially after the expected tame questions from Laura Keunssberg (BBC) and Robert Peston (ITV) when some of the other journalists demanded answers and Cummings almost reverted to type with his ‘let me finish’ comments.

If this is the best adviser the Prime Minister has then it’s no wonder the UK is in such a state and that we’re likely to see more people die of Covid -19 than all the civilian deaths in the UK during World War 2. Yesterday it was confirmed that the UK has the highest level of deaths from Covid -19 (per capita) in the world. Maybe now we see the reason Cummings and Johnston put on this show.

lockdown, not once but at least twice. He even decided it was a good idea to test his failing eyesight by taking his family on a 60mile round trip! If you have concerns about your eyesight you don’t get behind the wheel of a car and drive for 60 miles putting all passengers and other road users in danger! Is that the best excuse he can come up with – this event happened weeks ago, had been in the press for 2 days and this is his best excuse! And it doesn’t help Michael Gove’s credibility (if he has any left) that he claims he’s also tested his eyesight by jumping in his car and going for a drive!

As expected, Cummings blamed all this on someone else – he’d done no wrong, it was the media twisting the story. Wrong – that sad little fuck broke the rules. He shouldn’t get the chance to resign he should have been sacked. The fact that Johnston wouldn’t do that highlights just how weak the blonde buffoon really is. He is being controlled by others – possibly even Cummings and is merely a puppet Prime Minister. He’s let loose to entertain the public while the public sector is being sold off behind closed doors – it will be years before we realise all that we have lost, with Cummings and his pals reaping the rewards. 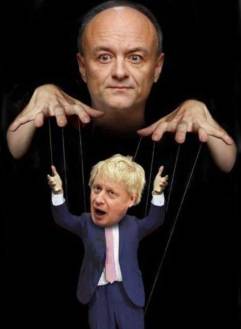 If you want to feel sorry for someone,

But whatever you do don’t feel sorry for this manipulating little liar, the man who wants everyone else to stay home while he goes wherever he wants, whenever he wants, dragging his infected carcass all over the country spreading the virus to others.

He doesn’t deserve your sympathy; he deserves your contempt and hatred. Don’t let him off the hook – he has to go, and so too do those who are protecting him.