Councils across Scotland are announcing their annual budgets, including setting their local council tax rates.

No doubt there will be difficult decisions to make as councillors attempt to maintain services while facing a range of financial pressures including meeting the pay demands of employees. 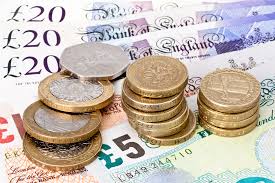 However, one of the biggest drains on most council budgets – and the rest of the public sector – is their PFI bills. Across Scotland’s public sector the total PFI bill is around £30 billion, with the annual charges now totalling over £1 billion per year. This is the toxic legacy left by Labour when they were last in power in Scotland. The then Chancellor Gordon Brown decided that PFI was the only game in town for investment in the public sector despite being aware of the long term costs and the profiteering by the companies behind the many PFI schemes across the country.

The extent of the profiteering is scandalous. In Renfrewshire around £16m was paid out in PFI fees last year alone. For new schools worth around £100 million, the council tax payers of Renfrewshire will end up paying over £530 million, with the last payment not due until the late 2030s!

Finding a way to cancel out or reduce these long term debts would provide an immediate boost for Scotland’s public sector, releasing millions into real investment in the services we all use.