If this book isn’t already available someone should write it and send the first copy to the Boundary Commission for Scotland. It might have helped them come up with something more sensible than their proposals for the new Westminster Parliament boundaries for the next UK General Election (if the Tories can force it through Parliament). A drunk spider dipped in ink could have done a better job. 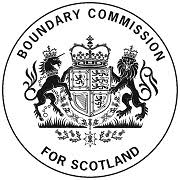 Of course, the Boundary Commission had some guidelines to follow including the idea that all constituencies had to have roughly the same number of voters. The Western Isles and Orkney & Shetland were excluded from this but areas like Argyll, Bute and Lochaber are massive, how can the voters in that area get equal representation with a more urban constituency in Glasgow when the area to be covered by the MP is so large?

Of course, everyone will also notice that Scotland is having its number of MPs reduced (again); from 59 to 53. So much for the promises of the Better Together campaign, first the bring in EVEL (English Votes for English Laws) to exclude our MPs from issues which have a direct impact on Scotland but now the UK establishment goes one further and reduces the number of MPs from Scotland. Apparently now Yorkshire – a region of England – has more MPs than one of the constituent nations of the UK.

The proposals are now out for public consultation (deadline 11 December 2017) but the quality of the maps leave a lot to be desired. Zooming in on them doesn’t give any greater detail and it’s disappointing to realise that the Boundary Commission are using the old council boundaries when commenting on the proposed new Westminster constituencies (did they not know that council boundaries were changed for the election in May?).

I’ll be drafting up a response to complain about the proposals and would encourage everyone else to do so.