One of the most depressing problems of the 2014 Scottish Independence Referendum was the mainstream media. With the exception of the Sunday Herald, the mainstream media was blindly supporting the Better Together campaign.  The worst example of this was the supposedly impartial BBC which used every trick in the book to put down the Yes campaign and its supporters. 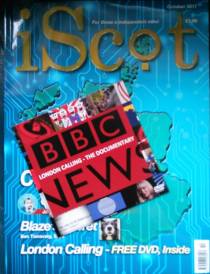 I could go one forever providing examples of how the BBC used its influence to lie, manipulate and distort the news to suit the Better Together campaign but this has been done by G A Ponsonby who wrote the excellent London Calling: How the BBC Stole the Referendum which chronicles the descent of the BBC in Scotland from a once trusted broadcaster to an organisation so despised that thousands of ordinary Scots marched on its Scottish HQ in protest at what they saw as its anti-independence bias.  This book was the basis of a documentary of the same name which is being distributed free with this month’s edition of iScot magazine but is also available online for everyone to view.

There is no way that the British establishment will allow the devolution of broadcasting powers and there is no hope that the independence movement will ever get fair coverage from the BBC, so some Yes campaigners are looking at alternatives.  Leading the field so far has been Independence Live who have broadcast from SNP conference, Yes marches and various independence related events. 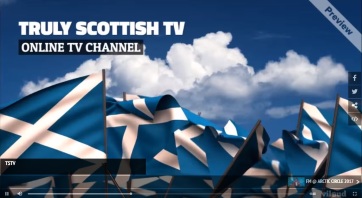 However, a new online TV channel has recently just started – Truly Scottish TV.  It’s at a very early stage but so far it does seem promising.  One of the items it covers is the First Minister’s recent visit to the Arctic Circle Assembly in Iceland including a 20 minute interview – something that you definitely wouldn’t see on the BBC!  At the moment, the team behind Truly Scottish TV are adding more material and updating the website.  It’s still at an early stage but it’s certainly worth keeping an eye on.

The main reason (there are many others) it’s not devolved is because it’s a powerful propaganda tool and the UK Govt are unwilling to hand over any control to Scotland.

Other reasons are many, partial reporting, lack of Scottish content, a feeling (backed by evidence) of a low return for the £s gathered by the license fee.

The above of course, is just some facts plus my own gripes. It doesn’t answer the question – why are you here?

I don’t think a small amateur online TV channel is set to take-on the BBC…BUT, I’m really not interested in the BBC. I’m interested in Scotland and the Scots. I’m interested in finding Scottish content and broadcasting it to a Scottish audience. I’m very happy to see that folks from around the Globe are watching the channel, this is great but I want to show Scotland to Scotland.

I want those who don’t have a voice to have a platform to show the rest of us , what they have to say.

3 thoughts on “Time for a Truly Scottish TV station?”