Without a doubt (in my mind), Ronnie James Dio was one of the best rock singers about.  From his early stuff with Elf through to the amazing collaboration with Ritchie Blackmore in Rainbow, then onto Black Sabbath/ Heaven and Hell and not forgetting his tremendous solo albums, RJD was a legenday rock singer.

I was fortunate enough to see him a few times with his band Dio and he just oozed stage presence as well as having such a powerful voice.  His death in 2010 left a void in the rock world.  However, he is now about to undertake a new world tour….. 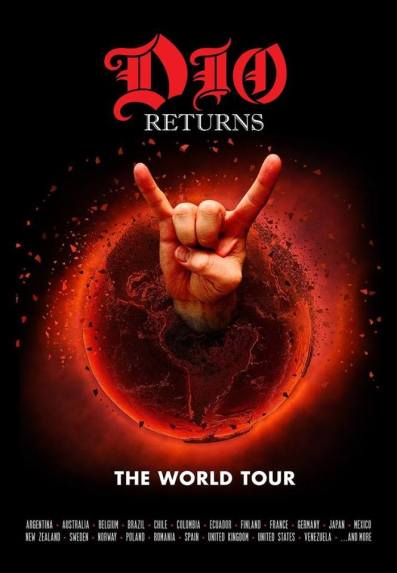 Well, not exactly.  A hologram of Dio is about to embark on a new tour – complete with live band.  The hologram has already been tried out at the Wacken Festival in 2016 and now a world tour is planned.  I’m not really sure how I feel about this but as there is no Scottish date in the tour so far I’ll have a bit of time to make up my mind.  What do you think?